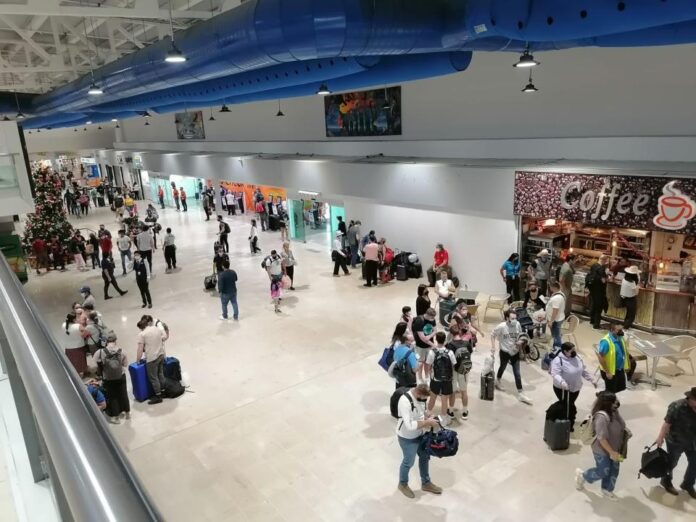 At least three national and international airlines have canceled flights due to “ Ómicron ” contagions among their crew, thus affecting thousands of passengers, many of them who would be traveling to Puerto Vallarta or tourists who are in the destination who must travel to another destination.

In this sense, the area of ​​social communication of the Grupo Aeroportuario del Pacífico (GAP) reported last Friday, four flights were canceled, the reason given was for “Operational Needs” and these airlines were: Aeromexico with two flights canceled, 1 from Alaska Airlines and 1 from Westjet. However, they have reported that it is due to the high number of COVID-19 infections.

On Saturday, January 8, according to the pages consulted by said airlines and on the official GAP site, it was observed that 1 Aeroméxico flight was canceled, which was AM 335 that should have left Puerto Vallarta bound for Mexico City. While this Sunday there were two flights, the AM 341 from Puerto Vallarta to Mexico City and the AM 338 from Mexico City to this destination.

Now, Westjet also had more flights canceled this weekend, for example, on Saturday it had one the WS 2180 departing from Vancouver to Puerto Vallarta and the WS 2250 departing from Calgary to this city.

For this Sunday, this airline only marked delayed flights to the destination. And according to the other flights listed by the GAP, there were no more cancellations for Puerto Vallarta.