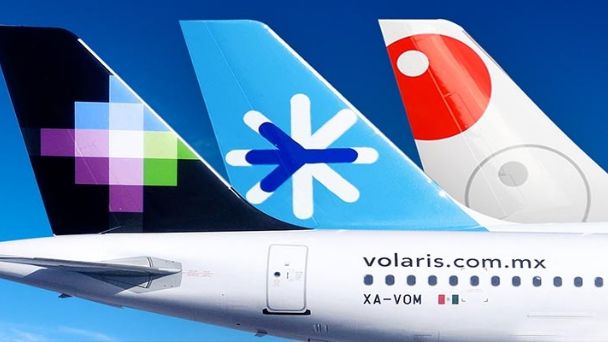 To perform the ranking, vertices such as the comfort of the seats and even the taste of their food were evaluated.

Despite the fact that traveling by plane represents an adventure, on several occasions passengers are busy buying the flight that provides the most comfort to start it, so many airlines have been crossed out for the poor service they provide, the high prices in their food and lack of entertainment onboard the aircraft.

And to find out which airlines provide the best service to their passengers, the company dedicated to guarding luggage, Bounce, was in charge of carrying out a quality ranking of airlines from around the world based on the positive and negative comments of their own customers.

This company took into account the number of complaints received from January to July 2021, the punctuality of the flights, the staff equipment, the quality of the meals, the comfort of the seats, the on-board entertainment and the reception capacity of luggage.

To carry out the ranking, a total of 71 companies from different parts of the world participated and, what is striking for the population of Mexico, is that three national airlines are among the top five of the worst in the entire globe.

According to what said company, the worst airline in the world is the Colombian Viva Air, as it achieved a rating of 3.4 out of 10 evaluation. Bounce describes that said line has a resounding five rating for its shabby food, seating, and entertainment.

Below Colombia, in positions 2 and 3 are the airline’s Viva Aerobus and Volaris Airlines de México, respectively.

Regarding Viva Aerobús, the company that carried out the ranking highlights that: “it obtains a rating of 1 out of five points in our index, this for inflight entertainment and meals; and two out of five for the service of air personnel”.

It is justified that such qualifications could be due to your purchase program in which tickets must be purchased in order to have food and beverages.

As for Volaris, Bounce indicates that what bothers users the most is that the line only accepts luggage weighing less than 10 kilos, which is why it ranks as the third-worst airline.

While, as the last Mexican airline is Interjet, which occupies 5th place of the top. It should be noted that this airline stopped flying in December 2020 due to serious financial problems.

However, it recently announced that it could resume its flights in January 2020.