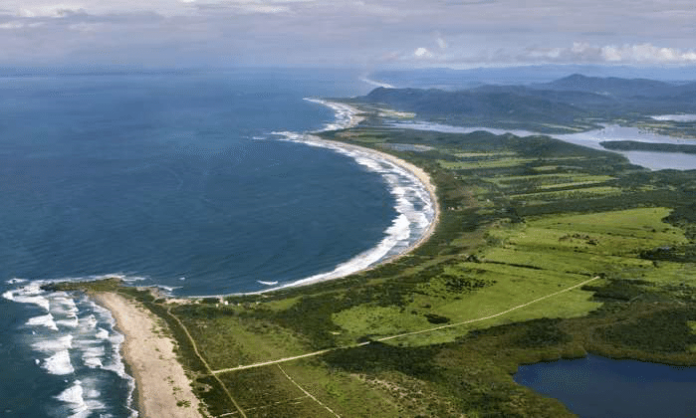 Construction of the first stage of Tomatlán airport announced

More than 60 million pesos will be invested in the construction of the Tomatlán airport and in the coming weeks the first stage of this project will begin, which is considered fundamental for the tourist development of the area and Chalacatepec, said the Governor of Jalisco, Enrique Alfaro Ramírez.

“We are ready to start the next stage of what will be the Tomatlán airport, the Chalacatepec airport, a fundamental work for the development of the Costa Alegre, is ultimately a bet to be able to have an airlift from Vallarta Until now, obviously the priority we have today is to be able to do the bypass of Puerto Vallarta that would allow that instead of doing an hour 45 minutes as it is currently, in an hour ”.

He said that this is a fundamental difference, but having an airport will allow “propping up the tourist offer that is being done in this area” and in which an integral development is projected, according to what has already been elaborated in documents and with an initial investment of 27 million 700 thousand pesos and can download any plane.

For the second stage, work will begin little by little and reach a total of 62 million pesos in investment so that the Costa Alegre has its own airport that will be key in the tourist bet of the area, since the developments that are made and in particular those of Chalacatepec where Pensiones del Estado has investments, they are doing well, from its point of view, and it contemplates the construction of hotels of recognized brands.

He added that by supervising the remodeling work on Highway 200 that runs throughout the Jalisco Coast, it is almost finished.

“It has perfect conditions, the landscapes that you see on that journey from Puerto Vallarta to Tomatlán are spectacular, it is going very well and that highway continues to be a fundamental communication route for the municipalities on the coast of our state.”

But also in that area, work is being done on the issue of water supply and is already working on the entire well system, with an investment of almost 20 million pesos in various works and by 2021 an additional 50 million pesos will be invested, with which will have resolved the entire drinking water network of José María Morelos and the entire conduction system.

He assured that Pensiones del Estado has already begun to recover some of the resources invested in the development of Chalacatepec.