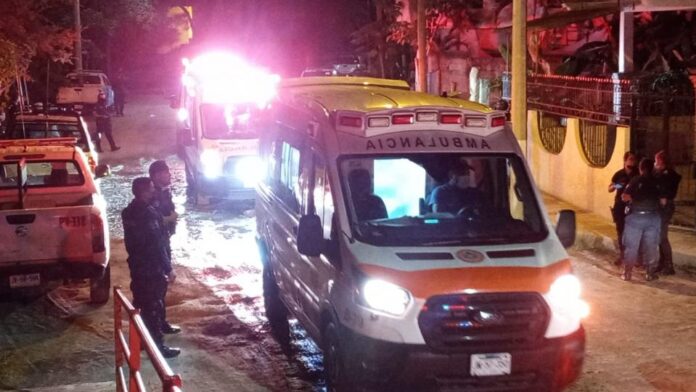 Authorities announced that the deceased in the Playa Grande palenque is a businessman and merchant from El Tuito, Cabo Corrientes, Jalisco.

This is who was officially identified with the name of Sergio Alexandro, 38, a neighbor of Allende Street in El Tuito.

At the scene, the officers interviewed two people, one of them Eduardo David,
residing on Allende Street in El Tuito, Jalisco, who pointed out that the now deceased was his father, stating that he had come to fight roosters and does not know what happened, he only heard gunshots and saw his father wounded, for which he asked for help to get his father out.

In the same place was Jesús Alejandro, who said he was an employee of the palenque, noting that he was around one in the morning when the Gallos fight was taking place, noting that around two in the morning he heard gunshots on the stands, appreciating the minor who was carrying a person and helped him leave the Palenque facilities.

So far, no one at the scene saw what happened, only that they heard the gunshots.

The Police located at least 14 caliber bullet cartridges at the site. 9 millimeters which were insured by the SEMEFO staff.

Investigations into the events continue; Regulations personnel were said to have come to the scene to shut down the site. Likewise, the Green Patrol arrived to secure the dead and living roosters that were on site.

In this case, it is important to point out that the City Council must monitor these events since if it has to have permits, attention must be paid because we are in a pandemic, and in order for this type of event to be carried out, it must have an ambulance, paramedics, and security, which was not counted, unknown if this fight was clandestine.