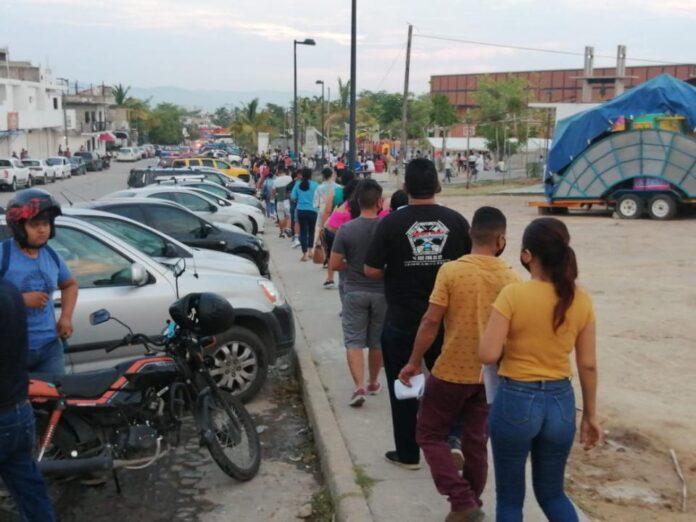 More than two thousand people from the segment of young people from 18 to 29 years old are lining up at the module of the Cultural and Sports Center of La Lija.

The vaccination will take place from July 23 to 28, during which time it is expected to apply more than 80 thousand vaccines.

The first ones came to form at 1 in the morning; At about 6 in the morning, there were already approximately two thousand people, from Calle 21 de Marzo Ecuador, Pablo Franco, and Víctor Iturbe in the vicinity of the sandpaper.

For this vaccination day, it will be from Sinovac laboratories for the 18 to 29-year-old segment in the first dose, but laggards will be treated equally.

This day will end next Wednesday due to the importance of this segment, and its number is much higher than the other age groups.

The director of the eighth health jurisdiction, Jaime Álvarez Zayas, mentioned that this morning he arrived from the city of Guadalajara with 80 thousand vaccines.

Álvarez Zayas mentioned that Puerto Vallarta is a privileged city since this segment of 18 to 29 years old was only managed in Mexico City.

Puerto Vallarta is the only municipality in the country after that city that will be applying this vaccine from Sinovac laboratories and it is intended to apply up to 13,000 daily.

From 6 in the morning, nine elements of municipal roads control the order in the surroundings of the vaccination Macromodule.