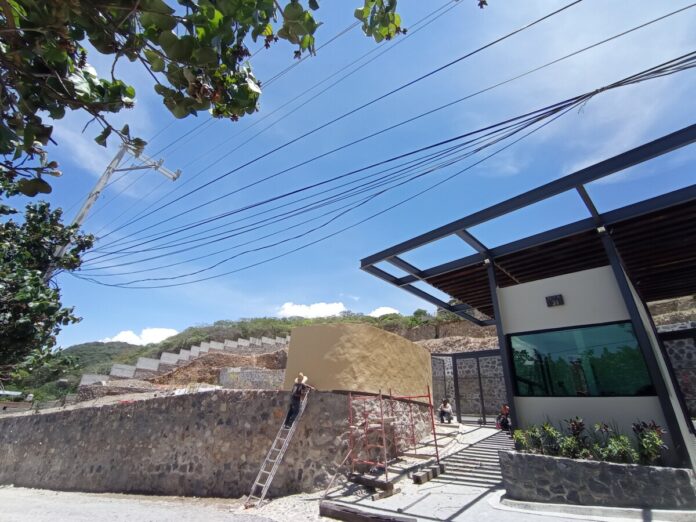 Despite the suspension resolution, work does not stop at Punto Niza.

Chapala, Jalisco.- The City Council has responded to the suspension order 797/2020-III granted to the residents of the Lourdes neighborhood, who feel affected by the construction of the real estate development under construction “Punto Niza”, according to the trustee of the Chapala City Council, Isaac Alberto Trejo Gracián.

And it is that on June 18, people from the Lourdes neighborhood demonstrated outside the facilities of the Chapala City Council to demand compliance with the suspension order of Punto Niza, issued by the 17th District Judge in Administrative Matters, José Luis Gómez Avilés, after an Amparo filed.

The Chapala trustee explained that the suspension as such, by the federal body does not come with an order to stop the work, but simply orders the City Council to make an inspection and verification of the Punto Niza development, since the complainants state that the work It is carried out in an area classified as a conservation area for the municipal urban development program.

Isaac Trejo added that, if the circumstances are noticed, they must proceed according to the corresponding law, including stopping the work; however, this is not the case: “By the term suspension that is legally granted, it would be understood that it is suspending the work, but no; it is the mandate to go under the terms given to us by the suspension that was granted to them ”.

The lawyer recalled that when he spoke with the dissatisfied neighbors, he explained that he would turn the order over to the Urban Planning directorate, which is responsible, with the request that they appear in person and send the inspectors to carry out that suspension and verify if indeed they are carrying out work in the conservation area as they manifest it.

At the moment, the inspectors of the Urban Development Directorate have already come to investigate whether the construction of Punto Niza is being built on the conservation area and they have concluded in their report that this is not the case, so there is no reason to suspend the works of the work, therefore; The federal court is urged to carry out expert work if necessary to match the municipal program that the City Council presents because, for the Planning area, there is no invasion that the neighbors mention.

What follows in the case is that the federal court carries out the expert opinions it considers and responds to the City Council, whether or not there is an invasion in the conservation area and determines whether or not the construction work should stop or not. but so far they have not.

The development includes the construction of 37 homes, but it is spreading, invading part of the hill and dispossessing land from some neighbors, as is the case of the brother’s Ana and César Quiroga, who have their homes in the lower part and have deprived them of their more than half of their land that originally measured a thousand, 130 square meters, leaving them with only 400.

In this regard, the trustee assured that the area to deal with the matter is Urban Development and in this case, assured that to issue a permit, applicants must prove the property, so Punto Niza had to present plans with its delimitations for which Development Urban of the permit, as he would not give it if they were not owners or have the quality and character of being able to be, so the permit granted to Punto Niza is supported on the basis of the property that they manifest.

People who say they are trespassing on their property have two options: one is to come directly to the municipality to file a complaint for a review or initiate an administrative or federal lawsuit to suspend work that directly affects them on their property and verify the invasion.

In this case, so far the City Council has no knowledge if there is a judicial procedure in the case of an invasion and the receiver does not know if there is any review in the Urban Planning department.

Trejo Gracián recalled that last year the protection of a neighbor was presented who obtained the suspension of the work and the City Council went and closed the work, but after a few months the complainant gave up the protection, so the suspension was released, giving I once again went to the work of Punto Niza.

So far the City Council is aware of two injunctions, the one from last year that managed to paralyze the work and the one that the neighbors have recently filed and the City Council has answered through Urban Development

The trustee of the City Council reiterated that the federal body never ordered that the real estate development work be closed for what it considered that it is not violating or complying with the resolution of the Amparo.