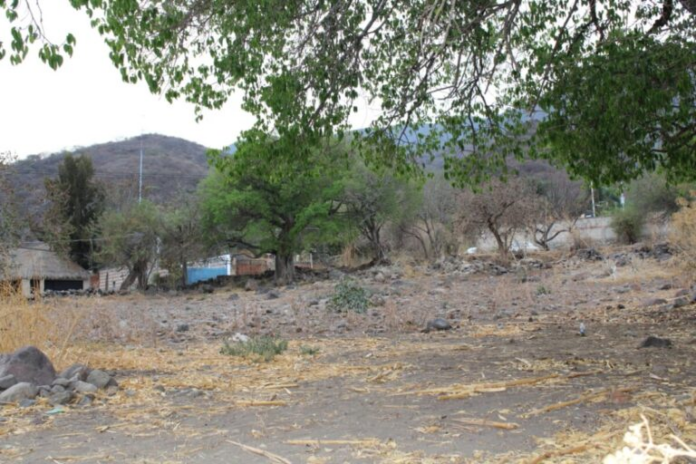 Ajijic residents have denounced Armida de la Parra for invading their land, which they say they have been taking care of for generations until one day a new “owner” arrived with fake deeds.  They accuse Armida de la Parra Chavez, also known as Armida De La Parra De Espinoza De Los Monteros, of appropriating other people’s land, in alliance with a group of people dedicated to land theft, who go by the alias «Los Huizapoles».

Mrs. Armida de la Parra has been associated in multiple occasions with the dispossession of lands in Chapala and even in Guadalajara, by expanding her property lines, sending machinery into other properties to “claim” the land saying she inherited it, and then tying up the owners in court for years.

In Ajijic  in in Rancho del Oro, she was denounced by the Indigenous Community of Axixix and recently the case in Villa Lucerna, where a trial has been going on for a year.  They claim that she is allied with the   Ceja family to help them takeover land.

Several families gathered on Tuesday, May 11 to protect the properties located in Villa Lucerna which has been invaded after machinery was used to break wire fences. They stood to protect and area located towards the mountain of Ajijic, also known as «La Zapota», in order to stand guard and make sure that people in question do not enter the land to try to take it over. Thanks to the notice given to the Flores family by one of the affected parties, where machinery had been used to remove the fencing from the land, they arrived immediately and contacted the other neighbors to try to stop the invasion.

The disputed land, 11 thousand square meters, along Callejón de la Zapota street, is divided among several owners, a point disputed by the lawyer handling the case on behalf of De la Parra, who said in an interview that this space is a single property.

However, the problem appears to extend to 5 affected owners, one of whose property was invaded by the Ceja family, nicknamed «Los Huizapoles» -known in the town for illegally appropriating land- who drove a vehicle in the middle of the property.

That day three owners met to block invasion; Manuel Pérez Ramos, Carmen Flores and María de Jesús García Flores. One of the family members  who own the invaded land, said she wanted to join with the other affected property owners and file a group lawsuit, in the hope that, since there are many people, it will be more relevant for the authorities and thus be able to fight what they consider an injustice.

The lawyer handling the case for De la Parra Chávez, -who did not want his name to be mentioned-  responded that the so-called invaders have a legitimate claim to the  land, including the Ceja family «los huizapoles» since they have deeds in Armida’s name, dating back to 1970, with supposed certified copies.

He claimed that the deeds originated in the state of Jalisco and in the municipality of Chapala and emphasized that there was a confusion in the name of one of the parties involved, Armando Espinoza Montelongo came to light, who was confused with Fernando Espinoza de Los Monteros.