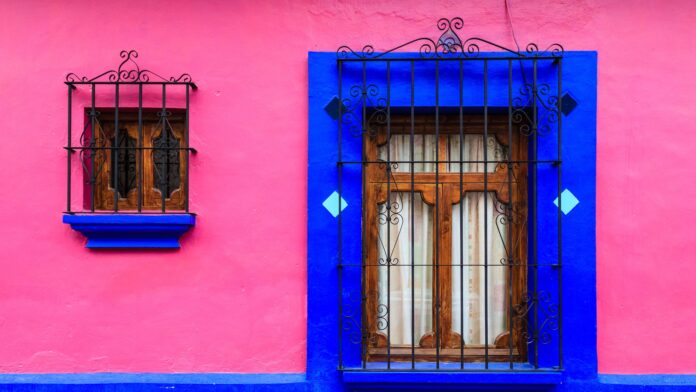 It was not an easy task, but we chose some of the safest Magical Towns to visit with confidence.

The  Magical Towns of Mexico are a great alternative when choosing a tourist adventure in the interior of our Mexico. The most recent record of this program – the official report for 2020 – already included 132 locations within the category (new ones are added periodically).

Today, in addition to choosing the closest, most welcoming, and most interesting Magical Town, there is a factor that you must take into account before choosing to embark on your destination: safety. In addition to taking care to avoid areas with documented crime, the trend in the face of the still uncontrolled pandemic is that trips are short, in order to avoid taking planes and being exposed to crowds.

For this reason, the opportunity to travel by car to one of these magical places that are not so saturated with visitors – as a fashionable beach or a city where you must take public transport and go to busy shopping centers can be – is a good option for the that we can choose. This is our top of the safest Magical Towns in Mexico to go alone, with your family, partner, dog or with friends —and of course, even to organize a corporate meeting and get away from the smog. Pack your suitcases, the GPS – and if you had already lost them due to stress – recovers the desire to embark on an unforgettable trip.

According to the statistics network dataméxico.org, in this small town nestled in the Sierra Norte de Oaxaca – approximately 35 minutes from its capital – its inhabitants perceive a large percentage of security and trust in the authorities – and it is also very revealing that women feel proportionately more secure. In Capulálpam de Méndez you can enjoy the benefits of ecotourism. In addition, according to data from the General Directorate of Epidemiology, local cases of covid-19 have declined, so with the application of the correct sanitary measures, visit this town and get to know its Toy and Art Gallery or the Center Traditional Indigenous Medicine (among many other attractions) is presented as one of the safest options.

This magical town located within the municipality of La Purísima – just over half an hour from León, the state capital – houses enviable historical vestiges, evocative areas for walks – such as La Nogalera, a space that has more than 1000 walnut trees. or the Ex Hacienda de Cañada de Negros with its lake, zip line and kayaks. This town was the first in the State to integrate the tourist security team for direct attention to citizens and tourists; This team is made up of Federal Police personnel and is based on the Social Security and Proximity Model program, a system that has been quite successful in Europe and Asia. Undoubtedly, a hidden but recommendable place that is worth discovering with all the sanitary measures involved and with the guarantee that its authorities are committed to the safety of locals and strangers.

According to the 2020 report by indicedepazmexico.org – an organization that reports statistics and trends on insecurity in Mexico and is prepared by the Institute for the Economy and Peace (IEP) –  Yucatán continues to be the most peaceful state in the nation, followed by Campeche, Tlaxcala, Chiapas, and Nayarit. And that’s good news for Izamal, the quiet town full of yellow houses and colonial architecture. The so-called City of the Three Cultures has everything because it also has archaeological sites in the surroundings, which are obviously worth visiting -the Pyramid of Kinich Kakmo, for example-, and as if that were not enough, it is an hour away from Mérida, the Yucatecan capital.

According to the same 2020 indicedepazmexico.org report, Tlaxcala holds the title of the second-best Mexican state to visit and live safely, thanks to its low statistics of crimes committed in the region. For this reason, it is worth keeping an eye on this small town from which you can admire panoramic landscapes and waterfalls and visit its striking tourist boiling points such as Los Laberintos, the cave paintings of Rancho La Gloria, or its great kartodromo —among many others. attractions. In addition, it is a destination relatively close to CDMX, only two and a half hours (approximately). Yes, much less than what you do on a fortnight Friday from your home to the office in Santa Fe.Palenque

Also considered in the ranking of the quietest and safest cities to live in, this magical town located on the Pacific coasts and behind the Sierra Madre Oriental, is ideal if you want to go surfing a bit, watch whales and dolphins.and definitely, disconnect a bit from the world and everyday problems. In addition, healthy distance is one of its premises given how isolated you are from the world – although in the season it is usually very crowded, as the word of the place has already spread – and whether you go alone or accompanied, you will have a great time with little money. According to the website of the magical town, in the area they have “the privilege of being one of the tourist destinations with the lowest crime incidence”, thanks to their security strategies. In addition, the Visitors and Conventions Office conducted surveys in airports, hotels, and places of consumption, in which the Riviera de Nayarit area obtained a rating of 9.6 — out of 10 — in the tourism safety category.

This state stands out as one of the safest tourist panoramas and Palenque, it is always an attractive option if you want to know one of the cities most important Mayan ruins (and natural beauties such as waterfalls of Agua Azul ). Located in the heart of the Mexican southeast north of Chiapas, the magical town of Palenque, cultural heritage since 1987, is an obligatory and safe destination, according to instances such as chiapas.semaforo.com.mx, a statistics page that almost permanently locates in green the issue of security in this magical town (according to that traffic light, San Cristóbal de las Casas would represent a risk given the different officially reported crimes).

Considered ‘the Mexican Switzerland’, this small city certified with the Safe Travel Seal of the World Travel and Tourism Council and located just over two hours from Guadalajara, is a dazzling and safe option for a tourist getaway if you are one of those they like to be in direct contact with nature. Its Salto waterfall (which has a waterfall of more than 35 meters) is the ideal place for some enviable Instagram photos – just be careful because the likes are not going to save your life if you stumble -, swim and live life. Thanks to this security and the sanitary filters that the local administration installed during the last holiday season, the magical town received 400% more visits than in previous years.

Puerto Vallarta will Host a Meeting of State Tourism Directors