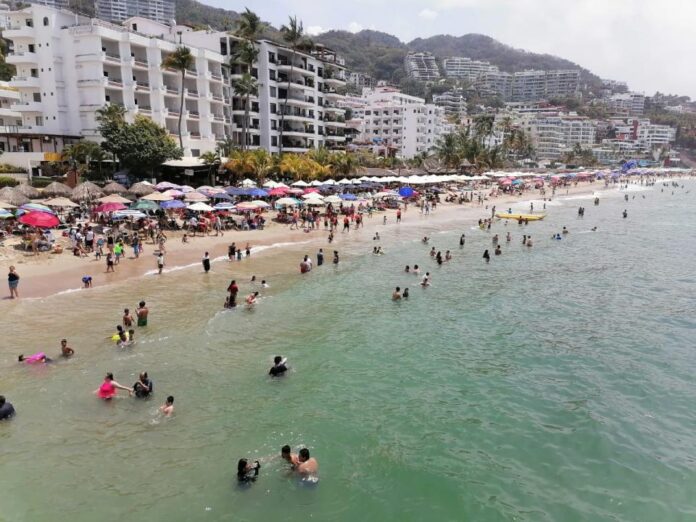 According to the General Directorate of Planning and Development of Tourism Products, of the Jalisco Tourism Secretariat (Secturjal), during the holiday period of Easter and Easter, an economic spill of 759 million 732 thousand 588 pesos was generated in Puerto Vallarta , an average hotel occupancy of over 56% and an influx of 137 thousand 468 tourists.

At the state level, an economic spill of 3 thousand 425 million 553 thousand 206 pesos was registered in tourism during the Easter and Easter holidays 2021, an increase of 2 thousand 780 million 281 thousand 420 pesos, which represents 431 percent more compared to the same period of 2020, which was affected by the pandemic.

Regarding the influx of tourists (staying in hotels, staying overnight in private homes and hikers), it is estimated that it was around 893 thousand 741 people, which means 790 thousand 753 people more than in the same period of 2020, dates in which it began the pandemic and the mobility of people was limited as a preventive measure.

The hotel occupancy in both weeks, Jalisco reached an average of 39.42 percent , a figure that represents 34.80 percentage points more than in the same period of 2020, where only 4.62 percent was registered, according to the Data Tur platform.

It is worth mentioning that Puerto Vallarta is part of the select group of three Mexican beaches that remain in the top ten of the favorites of American tourists for next summer, according to the list published by the specialized site Travel Pulse.

The report mentions that after a year marked by the Covid-19 pandemic, the confidence of North Americans continues to grow, as their desire to travel to a series of highly desired destinations for the next summer period grows, among them the beaches of Vallarta Port.

Currently, travelers prefer to visit safe destinations where protocols are respected, on international flights no longer than four hours from home, so travelers from the west and midwest of the United States keep Puerto Vallarta as one of their favorites in the Mexican Pacific.