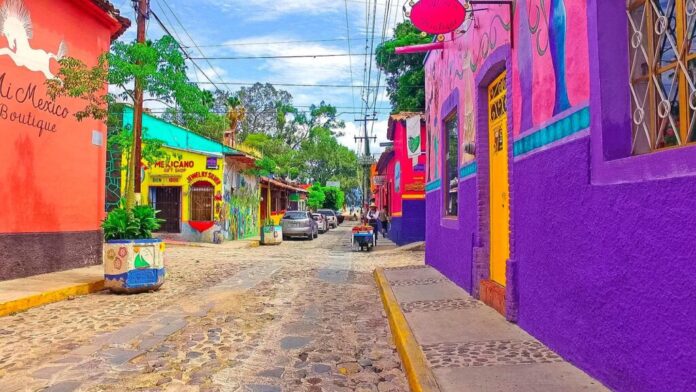 (Banderas News) Lake Chapala is Mexico’s largest lake, and the surrounding area is also home to the largest concentration of U.S. expats in the world. U.S. and Canadian expats have been attracted to the Lake Chapala area by homes with gentle arches, hand-painted tiles, and adjoining gardens that bloom all year round. It’s a part of the world where it’s easy to afford a cook, a maid, and a gardener. Lake Chapala, Mexico’s largest lake, is about 50 miles long from east to west but not much more than 12 miles wide at its broadest point.

Chapala is about a mile high—roughly the same altitude as Denver—and the climate is delightful. January is the coolest month around Lake Chapala, with temperatures reaching about 71 F, May is the warmest month, with highs around 84 F. Guadalajara a city of more than 5 million residents, is only 45 minutes away by car.

On the north side of Lake Chapala, villages combine charm with an increasing amount of sophistication.

The town of Chapala itself is the largest, and along its cobblestone streets are taverns, shops, cafés, street vendors, and high-quality restaurants. Close by is the community of Vista del Lago, which has a popular country club and golf course.

Ajijic and Chapala are havens for artists and writers. Expats and locals often get together on Wednesdays, when Ajijic’s huge outdoor market is open.

It’s a great place to shop for hand-made carvings and jewelry, not to mention clothes, flowers, fruits, vegetables, cooked food, and household items.

Not far from Ajijic is San Antonio, a village that keeps a much lower profile. Here, a large percentage of expats live in beautiful houses that are secluded behind high walls.