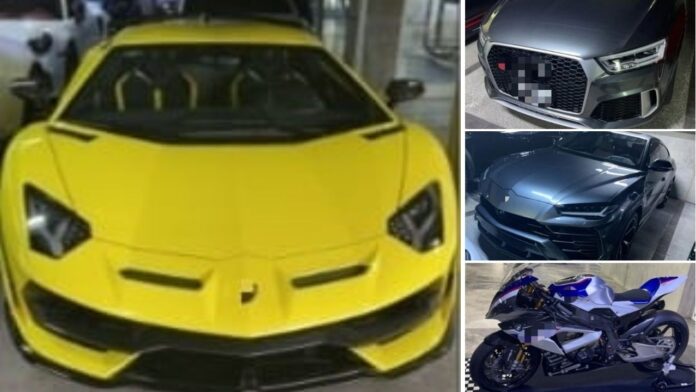 They executed various search warrants in subdivisions located in the municipality

During different searches of properties in the municipality of Zapopan, in Jalisco, the Attorney General’s Office (FGR) confiscated properties, various doses of drugs, as well as luxury vehicles that were allegedly used by the Jalisco Nueva Generación Cartel (CJNG).

Through a statement, they specified that through the Special Prosecutor’s Office for Organized Crime (FEMDO) it was possible to secure methamphetamine, long firearms, chargers, useful cartridges, among other objects.

This is part of the follow-up to an anonymous complaint, in which the Federal Public Ministry collected the evidence to identify the different properties that were used with the Nemesio Oseguera cartel, ‘El Mencho’, as “points of violence”.

The first search was carried out at a home located in the Universidad neighborhood, where a thousand doses of a solid and crystalline substance were found, which is presumed to be methamphetamine; a long firearm, three chargers, three cartridges, 14 luxury vehicles, a motorcycle, three cell phones and various documentation.

In a second building located in a subdivision of the same municipality, 500 blue packages with methamphetamine, four cars and electronic equipment were seized.

The properties were sealed as part of the investigations, while the insured was made available to the Public Ministry, who will request the corresponding expert opinions.