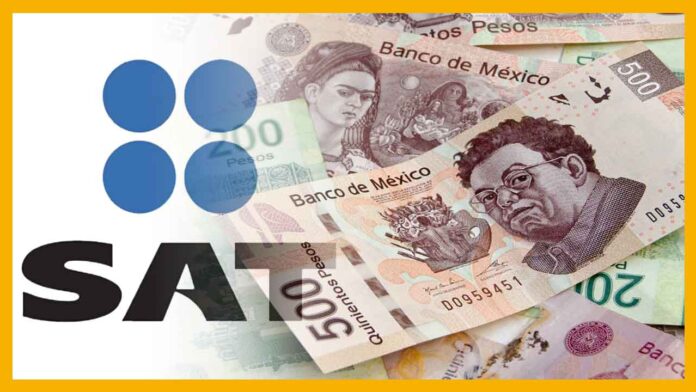 If you usually deposit cash to relatives, employees, vendors accounts or make transfers but they do not have an RFC, this may happen to you if the Tax Administration Service notices.

If you are one of those who usually make cash deposits or bank transfers to members of your family, or employees but the beneficiary has not registered in the Federal Taxpayers Registry (RFC), then you will have to do something about it because if the Tax Administration Service (SAT) discovers it you will be audited.

When you do this type of operation with family members who do not have their RFC and the tax authority detects it, it can take measures such as making them appear to clarify the origin of those economic resources.

In case of not explaining it in a satisfactory way, the Treasury they and yourself will likely have to pay the Income Tax (ISR) and make the corresponding collection and will require you to make annual declarations.

When this happens and the authority summons you, you will find yourself obliged to provide account statements and proof of payment of the deposits.

To not end up being monitored by the SAT, you can make deposits using tools such as transfers by SPEI.

The most controversial points of the economic package are in the Tax Miscellany that establishes the obligation for those over 18 years of age to register in the Federal Taxpayers Registry (RFC), even if they do not have a formal job; limits the tax deduction of donations made by individuals to civil organizations and will hold public accountants who do not report alleged illicit acts of their clients responsible for concealment in tax crimes.

According to the draft Opinion of the Revenue Law and the Tax Miscellany 2022 that the Ministry of Finance and Public Credit  (SHCP) sent to the Legislative Power approval in the lower and upper chambers of the Congress of the Union, it was determined to make it mandatory that every person of legal age 18 in Mexico must register in the Federal Register of Taxpayers regardless of whether they carry out any economic activity for which they receive income, as was previously the requirement to carry out said procedure.

“These modifications promote simplified tax regimes based on public trust and the use of technological means, in order to grant legal certainty to taxpayers, giving greater clarity in the application of the provisions in a quick, practical, and simple way. The foregoing, added in the document, will allow to increase the taxpayer base and avoid informality ”, said the legislative body.

Meanwhile, the Tax Miscellany, meanwhile, includes changes to the laws of Value Added Tax, Income Tax, Special Tax on Production and Services, Tax on New Cars and the Federal Tax Code, and other regulations to be applied as of 2022.

In turn, the Federal Law of Rights determines the fees that citizens pay for the provision of services provided by the Federal Public Administration agencies.

The Fiscal Miscellany brings together the set of laws of the ISR, VAT, IEPS, ISAN and the Fiscal Code of the Federation, whose articles are amended, added or repealed each year in the Congress of the Union.

The approval of said opinion is given one day after the United Finance and Public Credit and Second Legislative Studies committees approved without discussion and in a ‘fast track’ the Federal Revenue Law for the Fiscal Year 2022, such and as it came from the Chamber of Deputies.

the senator for Morena, Alejandro Armenta, defended that the 2022 Economic Package, which includes both the Fiscal Miscellany and the Federation Income Law (LIF), “does not propose more income, with the objective of encouraging investment ”. He also highlighted that among the key objectives are: 1) the fight against corruption, 2) the fight against fiscal looting, 3) the simplification of the payment of taxes and 4) the promotion of the confidence of citizens so that they contribute in a voluntary.

Gustavo Madero Muñoz, from the Plural Parliamentary Group, described the Income Law as “inertial and inefficient.”

“We want to support profound reforms, count on us for that (…) we want to promote the changes that Mexico requires, but that are not taking place today,” said the senator.

Mexico negotiates with the United States to expand avocado exports