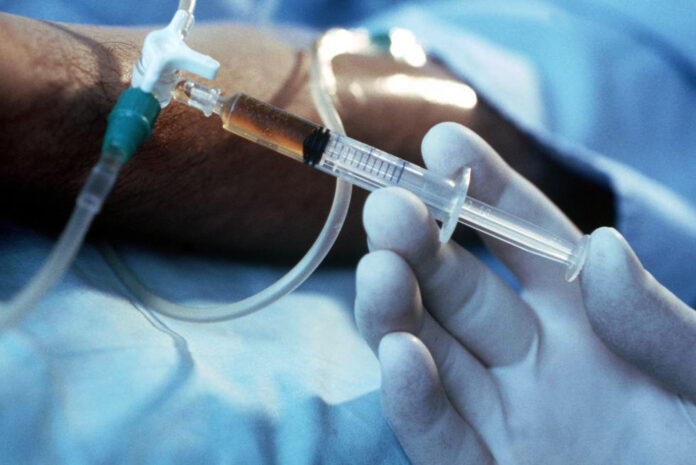 In Mexico, euthanasia is prohibited in the Federal Penal Code, however, in several states of the country, there is an Advance Will Law that allows life-prolonging treatments to be rejected.

In Mexico, euthanasia, defined by the World Health Organization (WHO) as that “action of the doctor that deliberately causes the death of the patient”, is not legal, but there is an Advance Directive Law.

“Euthanasia is part of the human right to have a dignified death and there are different means to achieve it, without suffering and in accordance with the values ​​of the person; While it is legal only in seven countries in the world, in Mexico the decision to suspend or reject life-prolonging treatments and palliative care is allowed, said Asunción Álvarez del Río, professor and researcher at the Department of Psychiatry and Mental Health of the Faculty of Medicine.

Euthanasia is legal in only seven countries in the world: Belgium, Luxembourg, Colombia, Canada, New Zealand, Spain, and the Netherlands, the latter being the first nation to approve this procedure, in April 2002.

The Advance Directive Law allows treatment that the patient no longer wants, which only prolongs life and causes suffering, to be rejected. It can be done directly or through an advance directive for when you cannot say it directly. The person stops receiving treatments that no longer help them.

Mexico City was the first entity in the nation to approve the Advance Will Law in January 2008. It was also approved in Coahuila, Aguascalientes, San Luis Potosí, Michoacán, Hidalgo, Guanajuato, Guerrero, Nayarit, State of Mexico, Colima , Oaxaca, Sonora, Yucatán and Tlaxcala.

According to the National Institute for Older Adults, it is not necessary to be sick or have an accident to sign the advance directive.

“In a preventive manner, any person of legal age can do so, proving their identity, electing their representatives, and expressing their will. When preparing the document, the person has the opportunity to state whether or not they want to donate their organs after death, “says the federal government agency.

To be able to exercise the advance directive there are two modalities: the document, which is processed before a notary public; and the format that is granted in public, private and social health institutions.

The advance directive document is an “instrument, granted before a Notary Public, in which a person with the capacity to exercise and in full use of their mental faculties, manifests the free, conscious, serious, unequivocal and repeated request to be submitted or not to means, treatments or medical procedures that promote Therapeutic Obstinacy ”.

To process the document you need to meet the following requirements:

Be in full use of your mental faculties.

Go before a notary public.

Present valid official identification of the applicant, representatives, and witnesses.

Meanwhile, the format is a “document of Palliative Care Instructions previously authorized by the Ministry of Health, signed by the terminally ill, before the corresponding health personnel and two witnesses, which expresses the will to continue with treatments that intend to extend life or to suspend curative treatment and start palliative care, preserving the dignity of the person at all times ”.

To process the format, you need to comply with the following:

Fill out the Advance Directive Form only in front of health personnel.

Appoint a representative as appropriate.

Current official identification of the applicant, representatives and witnesses.

It is validated with a clinical note.

INAPAM’s Department of Legal Advice provides legal guidance to older people who are interested in carrying out this procedure and have doubts related to this matter and can obtain information at [email protected] or by calling 55 5925 5366. Also the College de Notarios de la Ciudad de México offers advice on the phone 55 5511 1819.

Can doctors and nurses refuse to do my bidding?

Yes. The Law indicates that those people whose religious beliefs or personal convictions are contrary to the provisions of the Law may refuse to carry out the will of the patient. In this case, it is the obligation of the Ministry of Health to ensure that there are personnel in the institutions willing to comply with the will indicated in terms of the Law.

Private institutions have the obligation to appoint a person in charge of ensuring that the necessary formats exist and that the will of the patient can be carried out.

With information from UNAM, the National Commission of Medical Arbitration, and the Association of Notaries of Mexico City.

LAKE CHAPALA: OVER 200 HOMES ARE AFFECTED IN AJIJIC AND SAN JUAN COSALÁ BY TORRENTIAL RAINS

According to the Anahuac University, the top 10 careers and salaries expected in Mexico