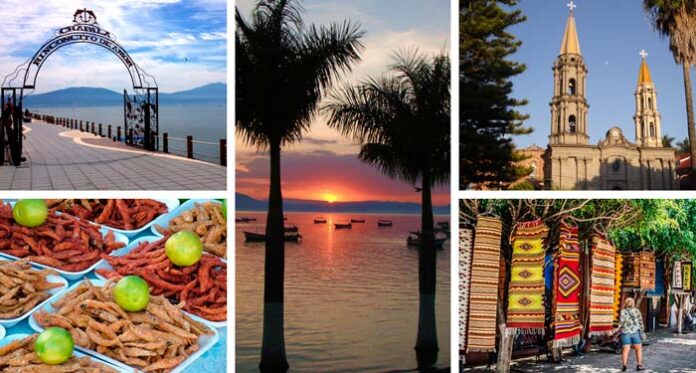 This destination has 95 hotels and more than 1,800 lodging rooms

Last summer, the hotels in the Ribera de Chapala reached occupancies of around 60%, figures that continue to be below those that existed before the pandemic, which led to the presentation of a platform to promote their attractions.

This, because Chapala is more than going to the lake and buying a jug of snow, said José Manuel González, president of the Association of Hotels of the Ribera de Chapala, where they estimate that there are around 95 hotels and more than 1,800 rooms for lodging. in the eight municipalities that comprise it: Chapala, Jocotepec, Ocotlán, Jamay, La Barca, Tuxcueca, Tizapán el Alto and Poncitlán.

The platform is to visitiberadechapala.com and in addition to showing accommodation and restaurant options, it also presents other attractions, such as museums, historical sites, ruins, haciendas, dolphinariums, tours by boat, trajinera, boat, and horseback.

“La Ribera de Chapala not only lives on weekends, and the dynamics in restaurants and hotels, as well as service providers, dolphinariums and cultural centers and the work we want to do with this platform and a promotional campaign that we are going to launch on next month by traditional means is to live the Ribera at all times and not only from Friday to Sunday, because it has many things to offer ”.

He explained that more than 70% of its visitors are from the Guadalajara Metropolitan Area, but they receive more and more tourists from Michoacán, Guanajuato, and the Bajío and Central states of the country, it is that sector they are betting on since they generally stay overnight for two or more nights, which represents a greater economic benefit for tourism service providers.

In addition, he said, hotels in the Ribera de Chapala generally have large spaces and an internet connection, which allows you to continue with work or classes remotely, in the midst of an environment with a low risk of contagion from Covid-19.