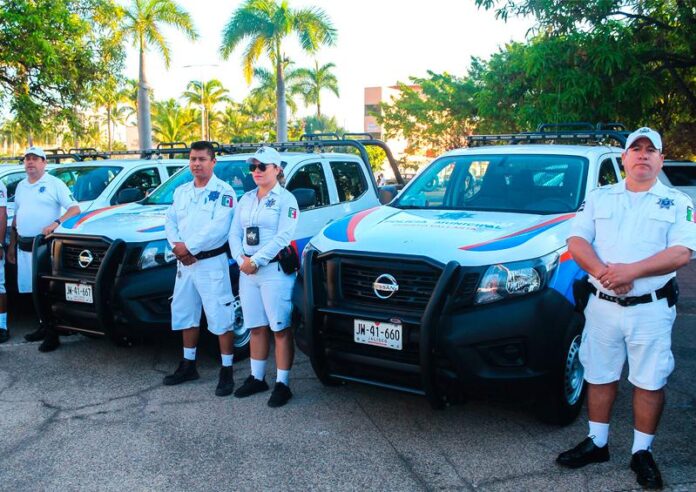 In the last six years, Puerto Vallarta has managed to remain one of the safest cities in the country, as a result of the teamwork of the municipal government led by Jorge Quintero Alvarado and the coordination that prevails with the different local, state, and federal entities.

The National Institute of Statistics and Geography ( INEGI ) has periodically reported on this through the National Survey of Urban Public Safety (ENSU), in which this tourist destination has stood out among the ten cities with the lowest perception of insecurity at the level national.

It should be noted that the municipal government received only six patrols for the security of the municipality six years ago, but with financial discipline and order in the management of public resources, more than 70 units were acquired that currently monitor the streets of the city and its neighborhoods.

In addition, the example has been set at the state and national level with the implementation of the green patrol for the protection of animals, and the pink patrol to address the issue of gender violence.

Likewise, with the support of the state government, the new Citizen Security Police Station was built, which is already in operation, and which comes to strengthen the security tasks in the municipality.

The equipment and training of the security elements has also been an important factor in this matter, and recently the Executive Secretariat of the National Public Security System certified the Puerto Vallarta Police and Traffic Academy as a training entity, a process that lasted little more than two years.

With these and many other actions, the priority of this government has always been to prevent and ensure the tranquility and physical integrity of the citizens and visitors of this tourist destination.