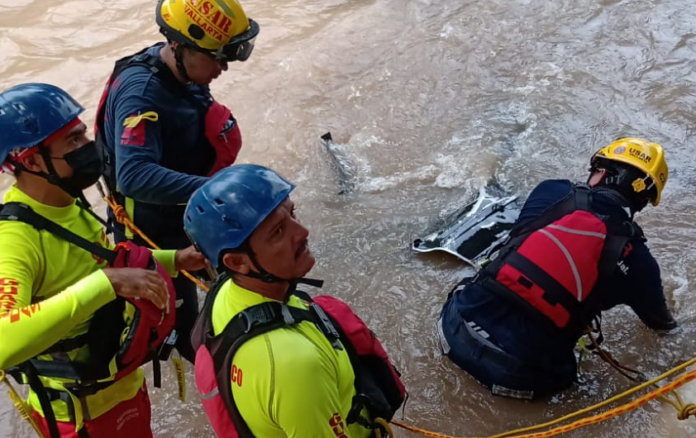 The woman is still missingon the coast, her husband confirmed that it is the truck that was swept away by the current

Luz Berenice Maldonado Salazar’s family confirmed that the vehicle that was located this noon on the Cuale River is the car that the 27-year-old woman was driving when on Saturday night she was swept away by the current when she tried to cross a street on the that the river had already overflowed in the Buenos Aires neighborhood.

The Mitsubishi Outlander truck, model 2007, black color, was located stuck between the stones in the river, at the height of Jacarandas street in the Emiliano Zapata neighborhood, by elements of the municipal and state Civil Protection units, and was the Luz Berenice’s husband, who confirmed that it was his property.

In this regard, the director of Civil Protection and Firefighters, Adrián García Bobadilla, reported that after the identification by the family “there is still a considerable level of water, work is being done; we are going to make use of a crane to see the possibilities of removing the vehicle ”.

Likewise, he explained that since Luz Berenice was not found inside the truck, García Bobadilla emphasized that “at the same time we are doing the same search operations on the coastlines.”