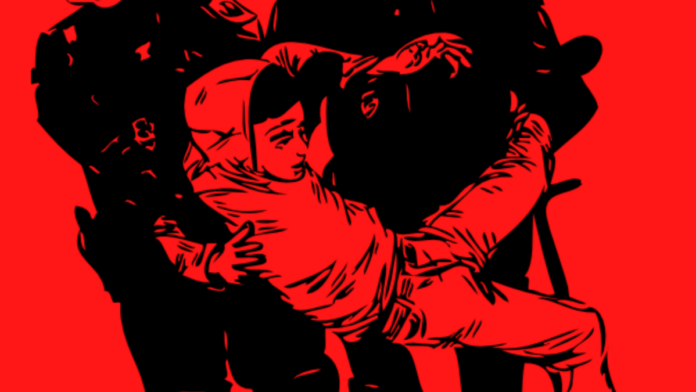 For about 6 years now the Guadalajara office of the National Immigration Institute has had its own kidnapping ring.

Have a problem with a foreigner?  Don´t like your gringo neighbor?  With the right amount of money and connections, you can have a group of armed men go to their homes, drag them out of their houses, rough them up, and stick them in a van to be taken to a secret site and tortured.  Then they are blacklisted and deported.  If some of them have the money, they have been rumored to pay a hefty bribe and then be let out.

While the immigration law specifically states that if there are complaints about foreigners that the complaining party must be told:

Nonetheless, immigration in Jalisco still acts as a private police force to resolve complaints of private parties and violate the law and human rights.

Recently they have been installing checkpoints and roadblocks and taking people illegally and holding them for days.  Immigration, as an administrative authority is only allowed to hold people for 36 hours.  They detain people and do not call their consulates.  Immigration has photos and fingerprints of all foreigners who have visas so it is an egregious abuse to detain people legally in the country and hold them for days.

They used to hold people in the holding cells at the Federal Palace in Guadalajara, 4-6 people in each 3 meters by 4 meter small cell with only a bucket to pee and poop in.  To avoid human rights violations, they would have their buddy at Human Rights tip them off to any inspections and then load all prisoners into an immigration van and park down the street a few blocks so Human Rights would come and see nobody, then when the coast was clear they would bring the prisoners back to the cell.

They have a new holding facility or safe house, an address that is not listed anywhere as an immigration station to hold people, and the phone number they call from tracks back to an immigration station in Mexico City.  The guards are not all federal immigration officers, a few have uniforms from the State of Mexico police, others have police badges from Mexico City, others just wear worn-out punisher T-shirts.  Only one person wears an ID card, the others just have nicknames on their shirts such as “Andrade”, “Cobra” and “Jaguar” and no other identifying marks.  The safe house where they keep the people they have taken with no warrant or order against their will is located at Andres Teran #1781 in Guadalajara, Colonia Lomas del Country near Plaza Patria.

The guards are sadistic and chain people to the bars on windows and beat them up, or they will stun them with stun guns, or tie them to chairs and beat them.  This new secret facility is a home in a regular residential area and during the pandemic, there are 15 people housed in a room body to body with a bucket to use for all of them to go to the bathroom and no changes of fresh clothes.  Others are sexually assaulted.  This reign of terror is to keep them in line and to get them to ask whoever to get money to pay off the corrupt officials.  People are woken up at 630am with a knife to their throats asking if they want to die or if they want their family to die and if not then do not snitch or file any Amparo’s.

They allow the prisoners to make some calls so that way they can say they are no incommunicado but listen in on all calls and routinely cut them off.  They also will have 5 to 7 guards stand around when anyone comes to intimidate and they put their hands on their stun guns to make sure nobody reports the abuses.

Immigration has not been honest about things, there was an injunction filed in Mexico City and it prohibits these types of violations, Amparo 426/2020 filed in the First District Court for Administrative Matters, where immigration was not honest about the number of people they detain and keep against their will and the deplorable conditions and abuses, Immigration responded to the federal court with certain figures and it was shown later that those figures contradicted the figures from the Department of the Interior (Secretaría de Gobernación: SEGOB), for example, Immigration in Jalisco reported no people detained while SEGOB reported 18.

Several attempts were made to the INM Guadalajara office for comment but these were just simply ignored.

If you have been a victim, contact your country’s embassy or consulate and file a report.