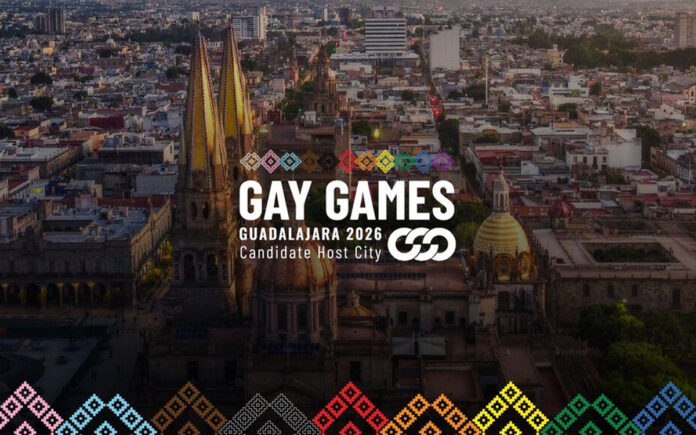 At the beginning of this year, the Gay Federation (FGG) together with the General Assembly, announced Guadalajara, Jalis co; Munich, Germany; and Valencia, Spain, as finalist cities to host the XII edition of these games. Brisbane, Australia; Toronto Canada; and Auckland, New Zealand, were some of the cities that were left out.

Until then, only the Guadalajara Convention and Visitors Bureau had made a statement, “thanks to its sports infrastructure, and its great experience in organizing large events, the Perla Tapatia was announced as one of the three finalists along with Munich, in Germany. , and Valencia, in Spain, standing out from among 20 cities that entered the competition ”, said the organization.

However, today, the National Commission for Physical Culture and Sports (CONADE) announced that through the Gender and Non-Discrimination Unit program, the monitoring of the inspection that the General Assembly of the Federation of the Gay Games will do August 20-23 to determine if the city of Jalisco is a candidate to host in 2026.

Likewise, according to the CONADE statement, the general director of the Ana Gabriela Guevara, “will pay attention to the request of the Mexican Sports Federation of Diversity AC and thus support the candidacy of Mexico to host this contest held its first edition in 1982 in San Francisco, United States, and which takes place every four years ”.

It will be a group of four inspectors who will review the candidate venues. Last week the Spanish city received a visit from this team that reviewed sports facilities and cultural venues. Tomorrow the inspectors will carry out a similar inspection tour of “La Perla Tapatia”.

The Gay Games are scheduled to take place between May 27 and June 7, 2026, approximately, a total of 36 sports disciplines with a cultural program are expected at the same time. The venue winner will be announced in November during the Gay Games Federation Annual Meeting.

The next Games will be held from August 4 to 12, 2022 in Hong Kong, where the participation of 15 thousand athletes from 70 countries, 36 sports, 14 cultural events and conferences is expected.