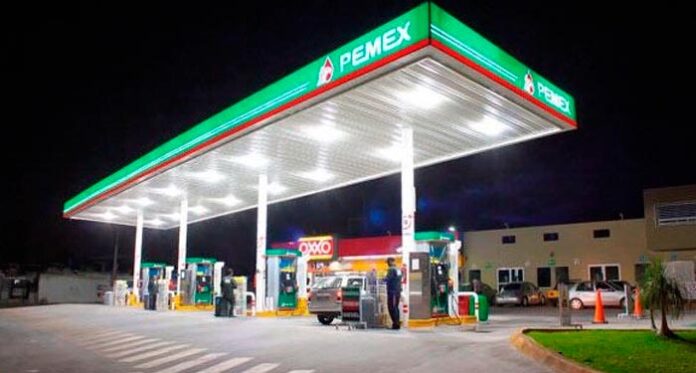 Gasoline sold by Pemex in Guadalajara, Jalisco, contains excessive levels of aromatics, base components of the fuel, and a major contaminant.

According to Mexican regulations, 25% of gasoline content should be aromatics – mixtures of chemicals such as benzene, toluene, and xylene – but gas supplied to Pemex stations in Guadalajara from the state oil company’s refinery in Salamanca, Guanajuato, is up to 35% aromatics, according to a report by the newspaper El Universal.

The excessive levels of aromatics, which make air pollution worse and can cause engine problems, are present in both regular and premium gasoline sold in the Jalisco capital.

The Salamanca refinery, which also supplies gasoline to other parts of Mexico, doesn’t have the infrastructure to produce gas that meets Mexican rules for aromatics levels.

“The problem is not exclusive to that area,” El Universal said, referring to the metropolitan area of Guadalajara, where some 2.5 million vehicles clog the streets.

“[The vehicles of] millions of Mexicans currently consume gasoline and diesel with specifications that don’t meet the quality norms established by energy and environmental authorities.”

Pemex was supposed to reduce the aromatics content of all gasoline it produces in Salamanca to 25% by the end of last year.

But it sought an extension to the deadline until the refinery has “the necessary conditions and infrastructure to comply with the specification … for the metropolitan area of Guadalajara.”

Pemex said there is a “bottleneck in the availability of hydrogen” at the Salamanca refinery, which prevents full compliance with aromatics norms.

The Energy Regulatory Commission granted an extension in February, allowing Pemex to maintain the excessive levels of aromatics in the fuel it sends to Guadalajara until December 31, 2024.