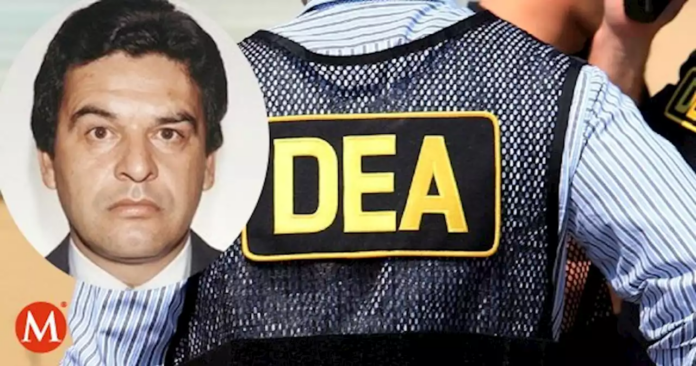 Documents to which MILENIO had access reveal that the case will return to a judge despite the fact that in 1988 he was sentenced to spend 249 years for torturing for 36 hours, and then murdering the DEA agent.

The case of the murder of the former agent of the Drug Enforcement Administration ( DEA, for its acronym in English), Enrique ‘Kiki’ Camarena, was reactivated in a United States court where the trial of one of his torturers: he is the former judicial policeman of Jalisco, Raúl López Álvarez.

Documents to which MILENIO had access reveal that the case will return to a judge despite the fact that in 1988 he was sentenced to spend 249 years for torturing for 36 hours, and later murdering, together with drug traffickers Rafael Caro Quintero and Ernesto Fonseca, the agent of the DEA that infiltrated the Guadalajara cartel.

And it is that according to the defense, recently the government recognized that irregularities were committed in its judicial process, where even personnel of North American agencies lied in their declarations. In addition, López Álvarez now demands that his sentence be corrected and 70 years discounted, which would leave him 179 years behind bars.

Raúl López Álvarez was just 28 years old when he was sentenced in a court in Los Angeles, California and his statements were relevant to the Camarena case since it was he who assured that Rafael Caro Quintero “got carried away” and passed his hand torturing the former agent.

Another of the scenes that he narrated and allows us to reconstruct the hours in which Camarena was tortured, was that Ernesto ‘Don Neto’ Fonseca was so enraged that he even slapped the drug trafficker Rafael Caro Quintero.

However, months later López Alvarez retracted his statements and claimed to be innocent: the main evidence consisted of videotaped confessions he made to Abel Reynoso, an undercover DEA agent.

The defense argued that these statements were lies that López Álvarez had invented to convince the agents, to impress them. The authorities described this new version as little credible and he was sentenced to spend the rest of his life in prison.

Since March of this year, the defense of the former police officer and after 33 years in prison filed an appeal with the Attorney General for the Central District of California to return to the same court where his case was sentenced.

Through documents entered between March and May, his defense assured that recently the United States government has declassified information on the trials related to the ‘Kiki’ Camarena case, where, through an internal review, serious errors were discovered in the statements. of witnesses who testified against Raúl López Álvarez.

One of them is the statement made by the former agent, Michael Malone, of the hair and fibers unit of the FBI Laboratory, one of the key witnesses to sentence those involved in the Camarena case, who apparently would have made reports inadmissible and false testimonies among other irregularities.

Another irregularity that the defense of the Mexican accused is that after his sentence in 1988 and after they verified that there was not enough evidence to support them, Lopez Alvarez was dropped two charges related to the kidnapping of Camarena.

However, for reasons unknown at this time, the court did not correct and notified the United States prison authorities of the new sentence.

A document entered in March 2006 and that this newspaper reviewed, reveals that the two charges related to kidnapping would have deducted 70 years in prison, (60 for one and 10 for the second) as well as the reimbursement of 100 dollars.

Currently, López Alvarez managed to have his case returned to a trial judge to reactivate his case and either it is amended, what he considers his defense were errors during the trial and subsequent years, or it remains the same and that López Álvarez continues behind bars what remains of his life.

On February 7, 1985, DEA special agent Enrique Camarena and pilot Alfredo Zavala, disappeared in broad daylight in Guadalajara. A month later, their bodies were found near Zamora, Michoacán, Mexico. They were tortured and killed.