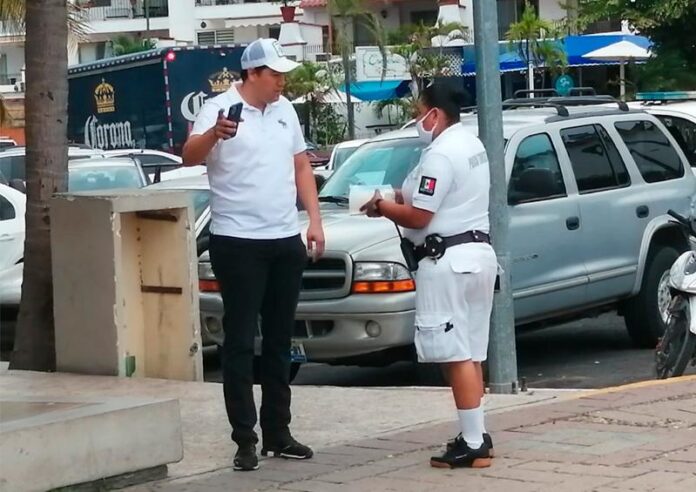 Given the increase in infections by Covid 19 in Puerto Vallarta, the Marina Vallarta residents’ association has implemented the obligation to use the mouth cover for visitors and people in general during their stay in its facilities, in addition to observing that its use is complied with. fully.

The media causes surprise and is not always well taken by those who walk through the area, especially among our compatriots who refuse and take it out of the bag and put it on while foreigners abide by the indication without major problems.

This operation was implemented a week ago, using it has become a norm, an obligation because those who work in this active tourist space know what would be one more button before the imminent start of the summer holidays.

The elements of the tourist police comment that some people are upset, but in the same way the use of this element will continue to serve to avoid contagions, in addition to washing hands, not being in places with a large group of people among other recommendations.

In the same way, they hope that all those who work and visit this tourist area understand the issue, because they also want to maintain the capacity of the marina boardwalk to 100% of its occupation, but if the infections continue to increase, direct instruction can arrive. of the government of the state of Jalisco to close public areas would be regrettable.

That is why this project of the mandatory use of facemask must be on in all those public areas with a high presence of people, the authorities must ensure that this healthy health standard is complied with so as not to end up again closing all the shops and public areas by the government.