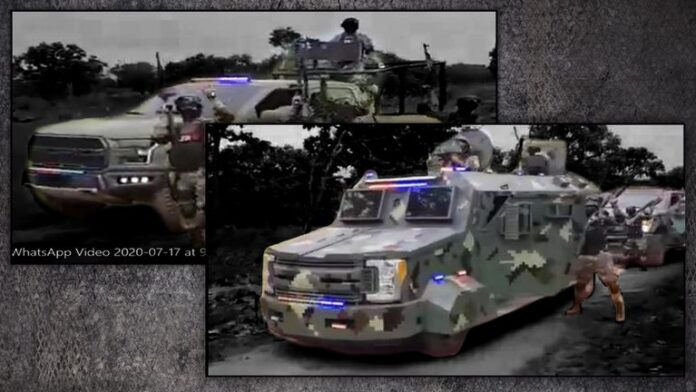 The United States Department of Justice warned that the criminal organization Cartel Nueva Generación (CNG) was identified as the best army in Mexico as well as one of the most dangerous cartels in the world.

According to Reporte Indigo, through a statement, the Department indicated that in Mexico there is no organization with better weapons than that of the CJNG, which could even be at the level, and surpass, the Army itself.

The government cannot underestimate the threat posed by the CJNG

The Jalisco Nueva Generación Cartel is an organization that US drug officials regard as the largest criminal drug threat in the United States.

It dominates the fentanyl and methamphetamine trade and has become the most powerful criminal organization in Mexico, overshadowing the notorious Sinaloa Cartel, which used to be run by drug lord Joaquín El Chapo Guzmán, who is now serving his life sentence in the US.

And more than any of its rivals, the Jalisco cartel has become a hallmark of targeting Mexican security forces and public servants directly, making it the greatest danger to the country’s fragile stability, security officials said. previous and current to The Wall Street Journal

“It is the best-armed cartel in Mexico. Its members willingly confront rival cartels and even the Mexican government’s security forces. The CJNG is responsible for horrific acts of violence and loss of life, ”the Southern California District Attorney’s Office said in a statement.

According to the authorities, its members are willing to confront rival cartels and even the security forces of the Mexican government because they can confront their weapons.

At the same time, they accuse him of transporting cocaine, methamphetamine and heroin with fentanyl to the United States. He also pointed to importing chemical products from China and India.

In Mexico, he explained, this criminal organization “has contributed to the catastrophic trail of physical and human destruction.” The CNG, he explained, “is the best-armed cartel in Mexico.”

“CJNG is one of the most powerful Mexican cartels operating within the United States,” he added.

The acting district attorney, Randy S. Grossman, spoke of the “unspeakable violence” that the cartels have caused in Tijuana and assured that “we will continue our campaign to end the reign of terror of the cartels and stop the flow of drugs in the border, prosecuting the highest level leaders ”of these criminal gangs.

In the statement, he also issued several arrest warrants against one of the armed arms of the CJNG, identified as Los Cabos, which operates in Baja California.