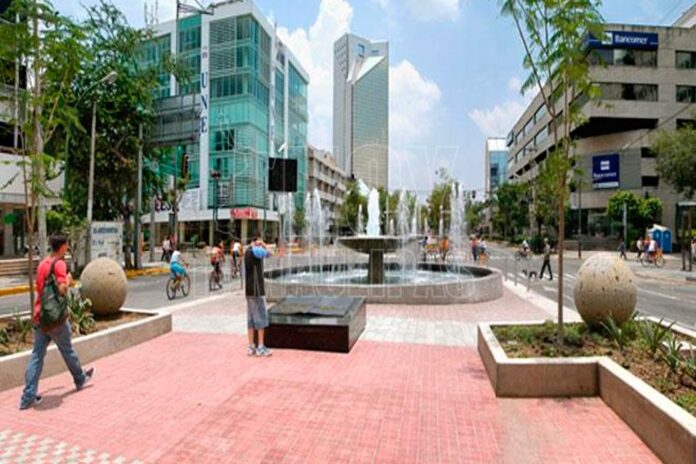 “Guadalajara has several turning points that make it an extremely attractive real estate market with great short-term expansion. It is an important business center, it has a tourist attraction, it is a technological hub, and stands out for its logistical position and industrial infrastructure. And above all this, those interested in buying a property or even those who build new complexes face inefficiencies and problems in the region ”, explains Rodrigo Sánchez-Ríos, president and co-founder of La Haus.

The real estate technology startup conducted a market study prior to its arrival and found that 14 new projects are erected in the Guadalajara Metropolitan Area every quarter, with an average of 168 units each, of which only 34 are sold in the stage. launch.

For a project to place all its apartments on the market, it takes up to 38 months, with an average ticket in the area of ​​3 and a half million pesos.

“In Bogotá, we managed to bring the Cabrera 85-12 project to equilibrium in 48 hours and the units will be sold out in 14 days. In Mexico City we also had the Máxica project, which placed 60 units digitally within days of pre-sale, ”says Sergio Rojas, country manager of La Haus México.

In addition, it provides free advice and support to users in the home buying process, while allowing developers and real estate agencies to more quickly place their inventory through their new home launch pad.

In CDMX, they increased their market share six times and the number of houses sold through their online platform quadrupled.

By sales, users and investment, La Haus is positioned as the most important proptech in Latin America.

During the last year it has raised two investment series and received the most important funding for a non-fintech company, it has the support of funds such as Kaszek Ventures, Greenspiring Associates, NFX, Acrew Capital, IMO Ventures, Beresford Ventures and Hometeam Ventures, as well as well as angel investors David Vélez (CEO of the Brazilian unicorn Nubank) and Brian Requarth (founder of VivaReal).

Guadalajara, after the  Metropolitan Area of ​​the Valley of Mexico, is the city with the highest transaction volume in the Mexican real estate sector.

In 2020, it is considered that this place had 11,203 new housing transactions through mortgage credit, above or equal to the middle segment (greater than 956 thousand pesos).

Data from the National Household Income and Expenditure Survey (ENIGH) reveal that 75% of the homes purchased are through a mortgage loan, which opens up more opportunities for La Haus to approach a public eager for attention and accompaniment.

What are the house prices in Guadalajara?

In addition to knowing the times in which each development is placed among buyers, La Haus also has the pulse of the type of homes and the areas where they are most requested in the capital of Jalisco.

In the first quarter of 2021, the  Guadalajara Metropolitan Area reported 4,162 properties available in all segments, 25% less than the transactions of the previous year, this due to the decrease in options from the traditional range, and an increase in the Residential Plus.

People in this area acquire more properties of the economic category, whose value is less than 508 thousand Mexican pesos. It is followed by the popular segment that reaches 862 thousand pesos and in third place is the middle range of up to 1 million 508 thousand pesos.

The municipality with the highest demand for housing in Zapopan, which represents 37% of the volume of transactions, and where 1,544 spaces sold per quarter are calculated. To put it in perspective, it surpasses the top 5 municipalities with the highest sales in CDMX. It is equivalent to the sum of Cuauhtémoc, Coyoacán, and Iztacalco.

It is followed by El Salto with 20% of the market and in third place Tlajomulco de Zúñiga, with 15%, a total of 637 units sold per quarter. If the properties placed in the last period in these areas are added, 61% are below one million pesos.