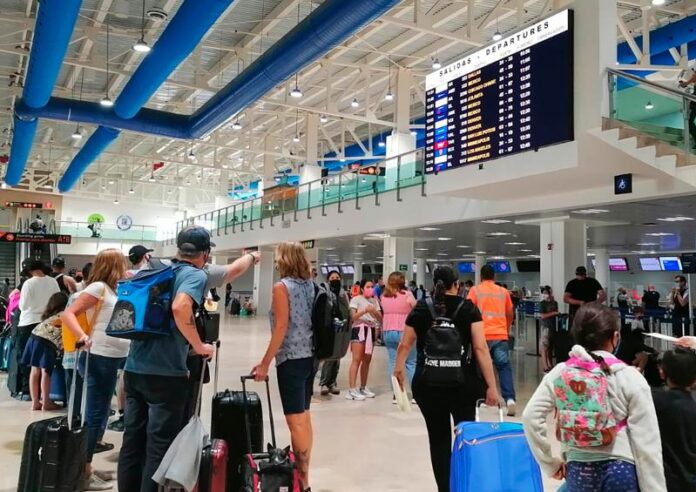 According to Grupo Aeroportuario del Pacifico, during the month of April of this year, both national and international air passenger traffic at the Airport. International of Puerto Vallarta, was more than 309 thousand tourists, while in 2020 it only reached 10,000.

In the monthly report of the GAP, it informs that this tourist destination registered during the past month, passenger traffic only of the national market above 140 thousand, while last year it did not reach seven thousand.

In the accumulated from January to April, there is passenger traffic of more than 441 thousand, 17.9% higher compared to 2020, which was a little 374 thousand.

However, from the international market, 168 thousand passengers were registered, while last year there were less than 5 thousand tourists. In the accumulated of the first four months of the year, there are over half a million passengers, although the decrease is 52% since in the same period of 2020 there were more than one million passengers.

It is worth mentioning that Luis Villaseñor, interim director of the Trust for the Promotion and Tourism Advertising of Puerto Vallarta, reported that for this month more than 1,500 flights are scheduled, from 12 airlines, six national and six international.

Therefore, Puerto Vallarta is the leading destination nationwide in terms of connectivity recovery; and in May there is very good news with the incorporation of the tenth destination directly from Ciudad Juárez, with two weekly frequencies with VivaAerobus.