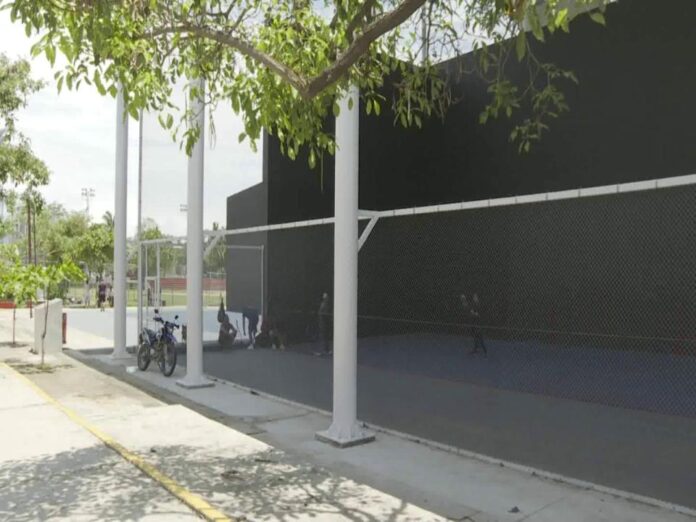 Due to “little devils” illegal taps in the meter of the Frontenis courts, the CFE suspended the service and imposed a fine of 300 thousand pesos on the City Council.

A complaint from the users of the Frontenis courts and the Agustín Flores Contreras Unit, reported that part of Ecuador Street and the field was in total darkness. In advance, the aforementioned avenue is one of the darkest in the Lázaro Cárdenas neighborhood.

Users point out that the days have passed and no solution is given to this problem that affects security, especially those who pass through the place, at night or at dawn, do so with fear due to the large number of evil beings that they roam the area.

In order to know first-hand what happened in these sports facilities that COMUDE manages, being the director of the organization, Ignacio Curiel, explained the situation to us, so he ran out of electricity.

From the outset, as he did not want to get into the subject, but finally he plucked up the courage to make this problem known that sooner or later will come to the fore. The official explained that an electrical failure occurred in those fields three weeks ago that required the intervention of the personnel of the Federal Electricity Commission.

Things got complicated when the electricians noticed something that for them is already easy to detect, the meter was rigged with the well-known “devils”, of which, they made a report to the central offices, who in turn gave notice to the legal department about this theme.

From the outset, the service was suspended due to bad practices and a fine of 350 thousand pesos was imposed, a matter that is already being processed by the trustee, since although they have not put it, in this administration, the City Council has to pay it.

The official pointed out that it is difficult to know who put it in and what matters most now, that the problem has to be solved so that it can be reconnected next January.