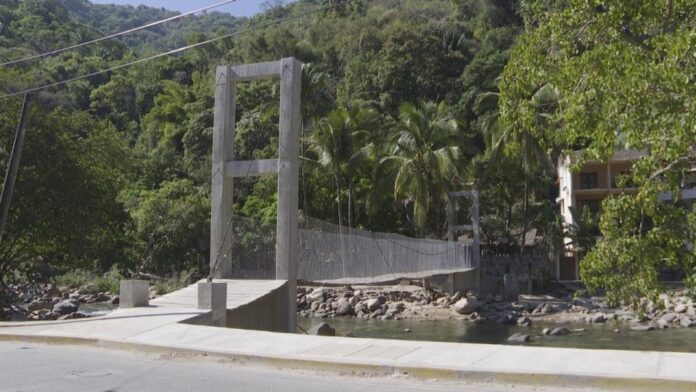 Eliú Sánchez Rodríguez, director of Municipal Public Works, reported on the status of the reconstruction of the 4 suspension or pedestrian bridges and the vehicle of the Cuale River, which collapsed almost four months ago due to the effects of Hurricane Nora.

He indicated that they are already working on the costs and budgets of the suspension bridge that connects Isla del Cuale to Encino and Matamoros streets, in front of the Municipal Market, which could be completed by the end of March.

“It is evaluating what its budget will be to pass it on to the Public Works Commission, since it is accepted through the commission, the bidding process would begin and later we see that in mid or late January it would be starting, and a a month and a half or two had already been built ”, he highlighted.

The engineer Sánchez Rodríguez gave the progress on the link in Paso del Molino, as well as the vehicular bridge from Insurgentes street to Libertad, he indicated it would be inaugurated in March.

“The Molino bridge is also under construction, they are already doing the foundations and in two months I think it is finished. At the Insurgentes Avenue bridge, we are in contact with the engineer Omar Hernández, who is the supervisor of this entire northern area of ​​Puerto Vallarta, where we verified the progress and they predicted that for the month of March it is ending ”, he highlighted.

The municipal official added that the connection in the Buenos Aires and Remanse neighborhoods has already been concluded, even inaugurated by the mayor, while the Caloso neighborhood pendant is just being planned, he announced that according to the procedures it could be ready in March or April.