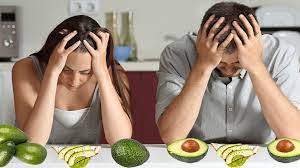 Avocados leave a huge carbon footprint and require 230 liters of water each to grow.

Do you like avocado a lot? This could be the end of this fruit, as chefs from different parts of the world have begun to eliminate this delicacy from their menus due to the enormous impact they have on climate change.

Avocados leave a huge carbon footprint, require 230 liters of water each to grow,  and global demand for this product is so great that they are becoming unaffordable for indigenous people in the areas in which they are grown, according to The Guardian.

The Wahaca Mexican restaurant chain in the UK has begun to replace avocado in its popular guacamole in an attempt to balance the devastating environmental impact. Some of the ingredients they have used to create a similar sauce are lima beans, green chili, lime, and coriander.

However, this is not the only case, as chefs located in places like  Toronto, London and Ireland also began to use and suggest various alternatives to replace this fruit.

In addition, this trend is not limited to the restaurant industry, since social networks such as TikTok and Instagram recipes for alternative ingredients to prepare guacamole have become very popular. In this last network, the hashtag  #noavocado  (not avocado) has 3,220 publications and counting.

Wahaca’s decision to offer an alternative to guacamole is perhaps the clearest indication to date that “parts of the food industry are beginning to realize the enormity of the problems we face as a result of intensive farming,” said Tim Lang, Professor of Food Policy in the City, University of London, to The Guardian.

The specialist added that avocado production has become a global commodity crop, which has brought serious consequences such as deforestation, loss of biodiversity, and water scarcity.

While the United States puts on the Super Bowl, Mexico “Ponle Aguacate” campaign, has made it the top exporter and for this year it is expected that there will be more, with 132 thousand tons ready for the guacamoles that will accompany the spectators of the final game of the season.

Gabriel Villaseñor, president of the Association of Producers and Exporters of Avocado Packers of Mexico (APEAM) explained to the BBC that they were able to identify that the “guachips” dish was one of the most popular at the time.

This is basically guacamole with tortilla chips (as we know it in Mexico) or Chips which are the pieces of fried tortilla and in the United States it is one of the favorite snacks in Mexican food restaurants.

A market research consultancy in the United States attributes that the popularity of this snack is due to the strong influence of Latin culture, as occurs not only with food, but also with music and dance.

This is how guacamole has benefited from this dynamic of multicultural consumption that also includes tamales, tequila, lemon and even carnitas.

The states that produce and export the most avocado are: Michoacán, Jalisco, Mexico, Nayarit, and Morelos.

In the Super Bowl, the per capita consumption of avocado is 7 kilos per person.

Soooo if you Europeans really want to eat Mexican food without aguacate, are you really eating Mexican Food?

Guadalajara as a food destination