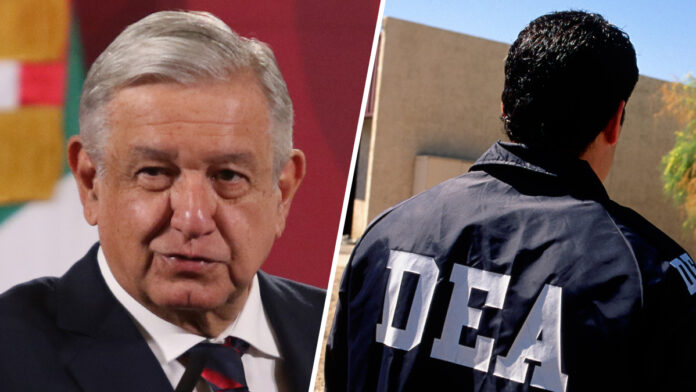 The new U.S. ambassador to Mexico, Ken Salazar, said Saturday that Washington has asked the Mexican government to allow its agents, including the U.S. Drug Enforcement Administration ( DEA ), to operate in Mexico.

Last year, Mexico waived criminal immunity for foreign agents and imposed strict limits on their contacts with their Mexican counterparts. Analysts say that inevitably affects the DEA’s ability to collect intelligence on drug cartels in the country.

Given that some DEA agents are in Mexico beforehand, it appears that the US request is for more agents to be allowed in or for those already in Mexico to be able to operate more freely.

The United States has been inundated with fentanyl, which is produced mostly in Mexico using chemicals from China as a precursor. Salazar indicated that Mexico has committed to fighting drug cartels under the new bilateral security agreement Bicentennial Understanding announced on Friday to replace the Merida Initiative.

“We are going to receive cooperation from the Mexican government, which was agreed yesterday, to ensure that the public order and security resources that we have operating here in collaboration with the Mexican authorities have the capacity to do so,” Salazar said in his first conference. press release since his arrival in the Mexican capital in September.

“So, yes, that includes our request, and we are working with the Mexican government to have the opportunity to bring back agents, including from the DEA, but we are doing it in a way that we are in partnership with Mexico.” Salazar detailed.

Salazar also spoke of the need for “a regional response” to another major concern of the United States: the tens of thousands of migrants – many of them Haitians – who are in Mexico or en route to Mexico from South America.

Last month, thousands of Haitian migrants crossed the Rio Grande and set up camp under a bridge in Del Rio, Texas.

Mexican drug traffickers control the trafficking of illegal migrants and generate the violence that causes the exodus of people to the United States.

With diplomatic language, the Biden administration put on the Mexican government’s desk its greatest concern in the bilateral relationship: drug trafficking and the big cartels.

The key point for the United States is in the drug trade, and they have their reasons.

Hence, to a large extent, the causes of the new waves of illegal migrants to the United States derive.

Without reducing the cartels of the Pacific and Jalisco Nueva Generación, there is no way to achieve a moderately harmonious relationship.

Mexican drug traffickers control the smuggling of illegal migrants to the United States.

And they also generate the violence that causes the exodus of people and communities to the American Union.

That is the point. In Mexico, there is no policy to deal with the growth of the cartels. There are, yes, many phrases: “hugs, not bullets”, “Cooperation for peace, not for war”.

And under that empty rhetoric ferments, by conviction or omission, collusion of proportions that the United States government has already detected and pointed out.

A few days before Antony Blinken, Secretary of State, traveled to Mexico, the department under his charge announced that it was tripling the reward for the arrest of the head of the Pacific Cartel, Ismael Zambada, El Mayo.

The eyes of the security and intelligence agencies of the United States are on the head of a criminal group that is at the service of candidates of the ruling party in Mexico.

With the new political map that emerged from the June elections, that cartel could have a free route along almost the entire Mexican Pacific coast, from Tapachula to the San Isidro gatehouse.

Obviously, it worries in the United States.

In the base accusation of the FBI to arrest Emma Coronel Aispuro, wife of Chapo Guzmán, at the end of February in Virginia, it is established, in the sworn statement of the special agent who had the case:

In the United States, the Pacific Cartel is seen as the most prolific criminal association in the world.

According to the DEA, 91 percent of the heroin that reaches the United States enters through Mexico, and 87 percent of the cocaine also passes through the southern neighbor.

Last year 93,000 people died from overdoses in the United States.

“Take care of your border,” the Mexican government could say. But it is not that simple. It is 3,200 kilometers.

It is easier to take care of the two ports (Manzanillo and Lázaro Cárdenas) through which fentanyl enters, which is purchased in China at $ 4,000 per kilo, which is transformed into $ 1,600,000 in the US market.

That is why the United States has asked the Mexican government to facilitate and not complicate the entry of more DEA agents.

It is essential for the United States, given the growth of cartels and ties between authorities at different levels and criminal groups.

How are DEA agents going to report their investigations to Mexican officials who, by association or permissiveness, coexist with the great criminals?

X-ray of the narcos in Mexico: corruption and defeats in the war on drugs

Every five hours a child disappears in Mexico