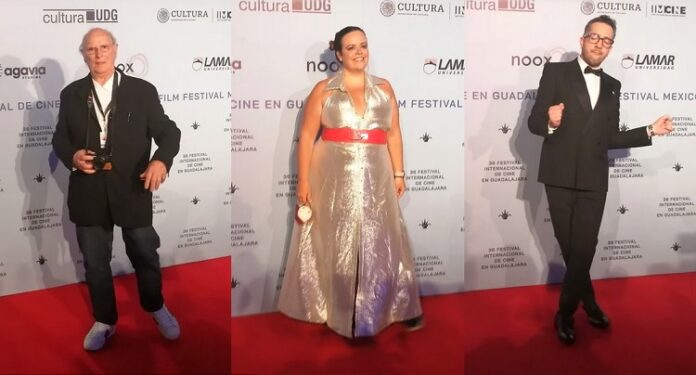 During the opening ceremony, awards were given to veteran Latin artists and cinematographers Elsa Aguirre, Julio Medem, Carlos Saura and Luis Argueta.

Guadalajara, Jal.- The 36th edition of the Guadalajara International Film Festival began on Friday night at the Telmex Auditorium. The longest-running film gathering in the country began its activities with the screening of Dune, Denis Villeneuve’s film that has a cast led by Timothée Chalamet and Zendaya.

In the pre-screening ceremony, the FICG presented the awards to its honorees this year. Starting with the first actress, Elsa Aguirre, who through a video thanked receiving the Mayahuel de Plata for her 75 years of telling stories.

“This person, this artist did not value things before. The recognition you give me and the affection of all of you is a high honor. A high honor. Thank you very much, “said the actress in her message.

Carlos Saura, director of films such as Carmen and La Caza, was present to receive the Mayahuel de Oro for his career. The director recalled that for two years he has been working on the film El Rey de todo el Mundo, a production that he filmed in Guadalajara and that will have its world premiere within this meeting.

For his part, the Spanish filmmaker, Julio Medem, recalled that 11 years ago he visited Mexico for the first time to receive recognition, where Carlos Saura was also honored. “And the funny thing is that we coincide again.”

The director of Lovers of the Polar Circle received the Mayahuel at the Ibero-American Cinema at a particular moment in his life, because although he has dedicated 47 years to the cinema, he is now developing his first television series, Jai Alai. “It is a path that I need to do. But I’ll keep making movies. Long live the cinema! ”, He commented.

Finally, the Guatemalan filmmaker and guest of honor of this edition, Luis Argueta, was recognized with the Mayahuel Internacional. Upon taking the stage, the director of Collect Call and El silencio de Neto spoke about the Guatemalan Film Law Initiative that was presented last May in his country.