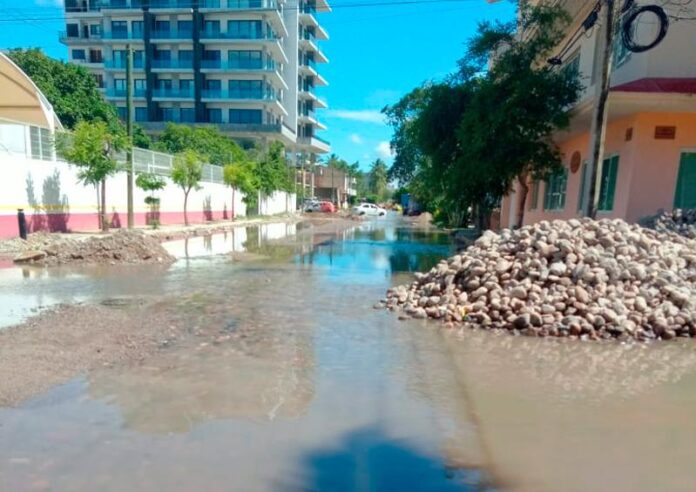 The hotel businessman, Gabriel Igartúa Sánchez, urged to solve the problem of sewage spills that exist in some neighborhoods of the city since this would damage the image of the destination; Furthermore, Seapal must be more responsible in these matters.

In this sense, he pointed out that it is important to know what are the reasons why these leaks exist, the response capacity that there has been, and the arrangement.

“Definitely when Seapal was an organization that depended on the State Government and the private sector in a mixed way, it had good results but we must also take into account that the pipes and everything that has to do with the system has had an aging, but I believe that it is important to ask the director of the organization to give a report on the reasons and the measures that are being taken to resolve this ”.

He commented that definitely one of the most important reasons that the business sector concentrated and participated with Seapal was because water is part of the most important tourism product offered and a safe city; is that it is also healthy, without pollution problems that are occurring right now with the outbreak of sewage that are of great danger to citizens and that gives a bad image to the tourist destination.

As for the call made by the authorities, he said they should pay attention to in a timely manner vallarta locals to take measures to be done with the case of tourism promotion of Vallarta to prevent further damage; but they do believe it is important to report what the real situation is and if it is negligence due to their mismanagement, they must assume the consequences.

When asked if he would consider it correct for Seapal to become state again, he said that reversing it would be a situation that had to be based on the demands and capacity of the municipality and that those who handle this are not giving the results that Vallartans deserve.

“I am not an authority that says whether or not we should return to being state, but I do believe that we should act in a more responsible and assertive way and above all respect for the people of Vallarta.”

Finally, he stressed that it is important to address these types of situations that can greatly affect the effort and investment that is made even without the support of the Federal Government to promote Puerto Vallarta.