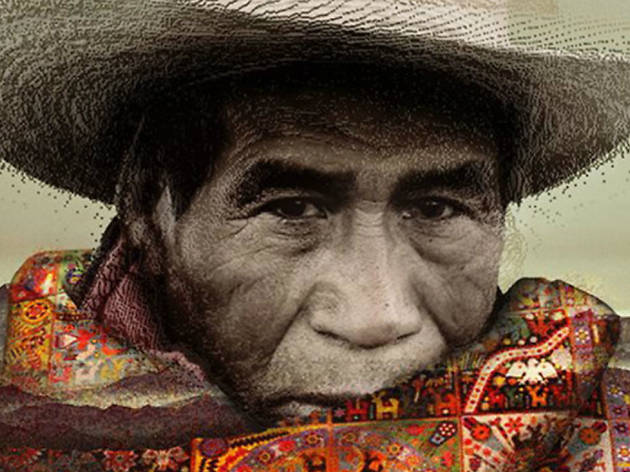 Did you know that the work of a Huichol artisan is exhibited in Paris? We tell you about the abuses that the author suffered.

The world is full of injustices, many of which never come to light. This is the subject of the documentary Eco de la Montaña by Nicolás Echevarría, a film that tells the story of a Huichol artist who was abused.

It all began in 1997 when the indigenous Huichol Santos Motoapohua de la Torre finished his work entitled Huichol Thought and Soul. Essentially the work consists of a 2.40 by 3-meter mural and is made from beads.

In that same year, the government of President Ernesto Zedillo gave the work to France. However, despite the work being exhibited at the Palais Royal Musée du Louvre in Paris, its author was never paid the promised money.

On the contrary, his work was staged incorrectly, the author was ignored, and he was not even invited to the presentation.

Due to this, producer Michael Fitzgeral and Echevarría sought to make the documentary an open denunciation of the abuse of the PRI government. At the same time, the documentary became a tribute to the author of the work, who came out of oblivion.

Santos de la Torre defines himself as a common man and does not consider himself an artist. He is over 70 years old and lives in a remote area of ​​northern Jalisco, in a population that does not have basic services.

As for the mural exhibited in Paris, Santos de la Torre remembers it with indifference. It currently has four murals exhibited in Mexican cities and another in the United States. His works take up aspects of the Huichol worldview and he currently lives from them. However, he does not consider himself a merchant and frames his work within ritual life. About his work he explains:

“My paintings are read from the bottom up, how men grow.”

On the other hand, the documentary Eco de la Montaña was awarded the Press Award at the Guadalajara International Film Festival.