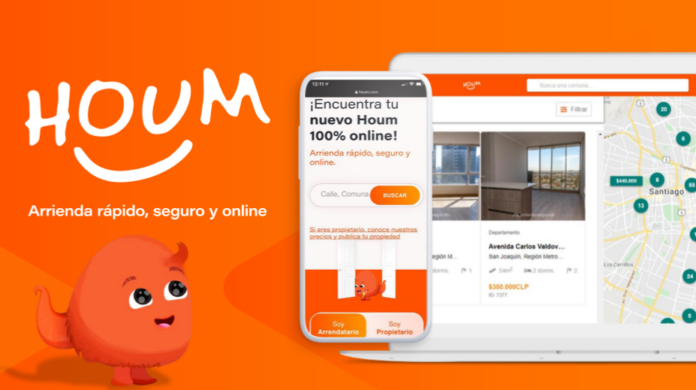 The proptech, founded in late 2018, has already raised more than $ 2.2 million in various rounds of seed capital and continues to raise capital for growth.

After having concluded a new round of successful financing with the support of the Silicon Valley accelerator Y Combinator, the Chilean proptech Houm, present in the Andean country and Colombia, is heading its guns towards Mexico with a new proposal: to lease “easy, fast and insurance ”, with no guarantee required for tenants and guaranteed payment to the owner every 5th day of each month, even if the tenant does not pay.

The proptech, founded in late 2018, has already raised more than $ 2.2 million in various rounds of seed capital and continues to raise capital for growth.

The latest support for the idea came from Y Combinator, a Silicon Valley-based startup accelerator that has provided funding to some of the world’s most famous and valuable digital companies – Airbnb, Dropbox, DoorDash, Reddit, or Rapp – and that in total they are currently valued at more than $ 300 billion.

Houm (pronounced “joum”, as home in English) emerged at the end of 2018 confused by Nicolás Knockaert and Benjamín Labra, who met while studying real estate specialties at Columbia University in New York.

Labra, the CEO of the company, has real estate blood. His grandfather, Patricio Labra, was the founder of Grupo Hispano Chilena, developers, among others, of Ciudad Empresarial in Huechuraba, and he has been involved in the business from an early age.

From that deep knowledge of the market, says Labra, “he also knew where the pains were” in the sector.

“It is one of the largest industries in the world, then it is an industry that is very fragmented, very atomized, with very low access barriers because they don’t require certified real estate agents like in the United States. So anyone can be an agent ”, explains the CEO in an interview with Forbes Mexico.

In addition, as a landlord, he says he personally experienced the complications involved in renting a property, “a very slow process, very tedious, with a lot of paperwork” and a lack of trust among tenants, landlords, and real estate agents.

“Nobody really knows how much a property costs, how much it was rented for, how long it will take to rent it, so there is a lot of asymmetries, and after them, this industry has a horrible reputation,” he explains.

Then, with his partner, he realized that the key to simplifying the leasing process lay in technology because “the last technology this industry received was the marketplaces of the 1990s,” he says.

“Here is a tremendous opportunity to disrupt the industry, do something really phenomenal to break down, create an industry, improve processes, put technology into it and accelerate a process that today is very slow, very long and very bureaucratic and sometimes insecure too, in something easy, fast and safe ”, he explains.

As his partner, Knockaert, describes in a blog about his experience showing the project to Y Combinator, “Houm is the Uber of Real Estate.”

Like Uber, the company has a group of independent “houmers” who are the ones who meet with the owners, show the properties, take professional photos and videos of the property and accompany the parties during the leasing process. Like Uber too, tenants choose the date and time to see the apartments.

Unlike Airbnb, the rentals offered by Houm are long-term – at least 12 months -, the owner has his payment guaranteed every month and the tenant is not asked for a guarantee.

“In Chile, in Colombia or worse still, in Mexico, in order to rent a property, they ask you to have a mortgage-free property that you have to leave as collateral, which means that there is no alternative that you can easily rent, for what you have to go to a secondary market, a black market, pay more expensive, leave a guarantee of six months, 12 months, so what does all that mean? that it is very complex to lease ”.

Tenants, for their part, must demonstrate a net monthly income of two to three times the value of the lease -depending on the country- and have their documentation in order.

If for some reason the tenant does not pay the rent, the owner is covered by insurance that guarantees payment for up to six months and the company guarantees legal coverage if the default is extended. “The full legal part of the trial, no matter what it takes, whatever it takes,” promises Labra.

The CEO assures that they began showing about five properties a day more than two years ago and now show one every eight minutes on average in the three countries where it operates.

The biggest prize for the company, of course, is Mexico, where they have focused their efforts and where they have established themselves to better monitor the operation.

“Mexico is undoubtedly our market with the best potential, the largest and where we see that our service is receiving the best reception. One of the co-founders went to Mexico, he is as a country manager, I will be spending half of my time there, it is where we have the efforts, the energy ”, explains the executive.

Labra comments that the Covid-19 pandemic only accelerated business growth in the three countries because “it forced all clients to think digitally, to search for real estate digitally.”

The other side of the coin, however, was that there were also tenants who defaulted due to the economic crisis, to which they had to react “productively” to avoid major complications.

According to Labra, the owners were explained that breaking the lease contracts did not suit them because under the current conditions they would stay for months without being able to rent again, and they were convinced that “the best thing for both parties is to negotiate, reach a good agreement for both of us and follow the contract. We did that, proactively it worked very well ”.

The CEO estimates that a fifth of Houm’s portfolio of properties negotiated rent declines, by 20% on average. “It was the best for both parties and it was healthy,” he said.

Labra did not want to say how much the portfolio of properties managed by the company amounts to, but assured that they expect “sales this year for around six to seven million dollars.”

Guadalajara ranks second with the most real estate sales in Mexico