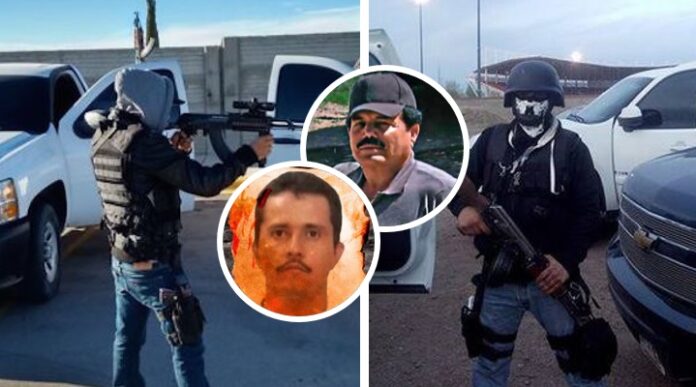 The Sinaloa Cartel has shown that their belligerence and fire capacity do not stop them even the most powerful organization in Mexico: the Jalisco Nueva Generación Cartel (CJNG).

The fight that both criminal groups would have undertaken had its last episode this Friday, May 7, in the municipality of Teocaltiche (Jalisco), bordering Zacatecas and Aguascalientes, which left several men and several dead cattle, two vehicles and home burned and two amounts of nine insured vehicles.

The battle in Teocaltiche, which lasted several hours, once again showed the firepower of both cartels. In social networks, the forced displacement of several residents was denounced.

Before that, the authorities had sent reinforcements to the Los Altos area, which is part of the municipalities of Teocaltiche and Encarnación de Díaz, where there were also shootings between gunmen from Mayo Zambada and El Mencho.

Experts on security issues affirm that both criminal organizations want to have standards parallel to those of the State, but it is the Jalisco Nueva Generación Cartel that has turned the Jalisco entity into its area of ​​influence. 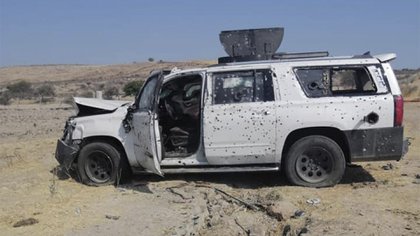 The battle in Teocaltiche, which lasted several hours, once again showed the firepower of both cartels. (Photo: Facebook @ Jalisco Rojo)

CJNG vs. Sinaloa Cartel: the battle for Jalisco

According to intelligence information, more than 75 percent of the routes, production areas, and drug sales are in dispute between these two cartels. One of them Jalisco.

The map of the areas of influence of the criminal groups, drawn up by the Financial Intelligence Unit (FIU) reveals that in Jalisco (west of Mexico) the Sinaloa Cartel dominates 50 municipalities including the Puerto Vallarta resort, where in December In the past, the former governor of the entity, Aristóteles Sandoval, was assassinated.

The Mexico Crime and Security Report: 2020 Guadalajara prepared by the Overseas Security Advisory Council warns that the war between the Sinaloa Cartel and the CJNG is finally knocking on Jalisco’s door as it is an optimal region for the transit of drugs and opioids, whose destination is the United States. In addition, the state of Guadalajara, Nayarit, and Colima, all located on the Pacific coast, are the main areas for growing marijuana and poppies.

According to this study, the violence generated in Jalisco is, to a great extent, related to the dispute between rival cartels.

Two decades ago, in Puerto Vallarta there was a pax narco agreed between drug leaders, who made the site a sanctuary for their investments and so that their families could live away from the environment of violence.

However, that peace was broken in 2008, when the Beltrán Leyva criminal group started a bloody dispute against the Sinaloa Cartel, over the Pacific squares. At that time, the criminal organization was led by Joaquín el “Chapo” Guzmán, and operated in Jalisco with his armed wing: the Jalisco Nueva Generación Cartel.

The fall of the area’s plaza chief, Ignacio “Nacho” Coronel, left a void that was occupied by the CJNG, which broke away from Sinaloa and took control of the state of Guadalajara. Thus was born the criminal group headed by Nemesio Oseguera Cervantes, the “Mencho”.

In Jalisco, the criminal structure of the CJNG is horizontal, that is, there are small groups with plaza chiefs who are given autonomy, thus forming a kind of hydra with a multitude of cells.

The so-called Delta Group has been used by the CJNG to deploy high-impact actions in Puerto Vallarta.

The first time that authority recognized the existence of Grupo Delta occurred on September 29, 2018, when the then head of the Jalisco Attorney General’s Office, Marisela Gómez Cobos, announced that four of its members had been captured in an operation that required the deployment of about 80 agents from the institution.

After that operation and for more than 20 months, this criminal cell continued to deploy its violence in the Jalisco metropolitan area without any known blows against its leadership, until the arrest of “Delta 1”, the main chief, on June 21, 2020.

The Group Delta has been linked to crimes of high power as the bombing of the former prosecutor of Jalisco, Luis Carlos Najera Gutierrez de Velasco and the murder of businessman Guanajuato, Felipe Tomé, who was killed three weeks ago in Puerto Vallarta.